How to String Together a Story Collection

When beaders string necklaces together, they first have to make a choice of using beads of one size, or beads of alternating sizes and shapes. Once it’s strung, no one asks the beader to defend his or her choices in creating a strand that’s joined end-to-end to make one complete, artistic object.

So why do so many publishers balk at alternating story shapes and sizes when putting together a collection? Even after the literary acclaim that Hemingway’s Our Time received in the 1930s, very little has been done to experiment with the collective form, which in his case intersperses short short stories (often termed “interchapters” and now termed “flash”) between longer stories; at least not until the 1970s when Jayne Anne Phillips’s Black Tickets emerged. Her publisher, Seymour Lawrence, was a “visionary,” according to Phillips. “He loved the book I gave him; we discussed only the order of the stories in Black Tickets and the title (which was originally The Heavenly Animal). There was no prejudice against one page fictions because they really weren't being published at the time. I put Black Tickets together with the idea that the one page fictions were important in the novelistic arc of the stories, that their presence taught the reader to read the book as an original.”

And it remains an original. So, when I put my first story collection together for submission, I debated whether or not to include some of my flash. One publisher told me she didn’t care much for them, that her audience preferred longer stories. But I enjoyed the form of Black Tickets, and Stuart Dybek’s more recent Coast of Chicago, so I did string them in. And was lucky to find Press 53, where no such prejudice exists. “Great stories are what I look for when publishing collections,” explains publisher Kevin Watson. “Mixing flash fiction and short stories is a non-issue for me. My only concern is whether the stories deliver and work well together.” In fact, several of Press 53’s collections mix the two genres, including Curtis Smith’s Bad Monkey and Amy Knox Brown’s Three Versions of the Truth. As Booklist commented on Brown’s collection, the flashes are “like palate-cleansing dollops of sorbet.”

Here’s to more sorbet in collections, and more publishers willing to string together stories based on merit, not length.

Bio: Tara L. Masih is editor of The Rose Metal Press Field Guide to Writing Flash Fiction (2009) and author of Where the Dog Star Never Glows: Stories (2010). Several limited edition illustrated chapbooks featuring her flash fiction have been published by The Feral Press. Awards for her work include first place in The Ledge Magazine’s fiction contest and Pushcart Prize, Best New American Voices, and Best of the Web nominations. www.taramasih.com.
Posted by Laura Ellen Scott at 7:03 AM 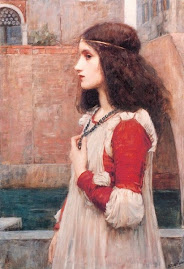